For a richer look various effects can be applied to the scene objects: from basic text effects like a dropped shadow to complex per-character changes using animation features.

For text-based objects (such as static text, marquee or roll), the following effects are available in the upper effect panel: 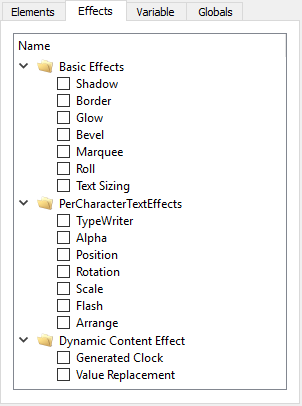 There are three groups of effects: basic and text specific and dynamic content effects.

For graphical objects (picture and plate), the following effects are available: 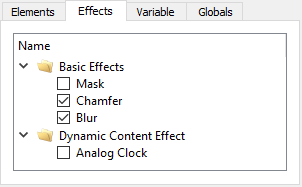