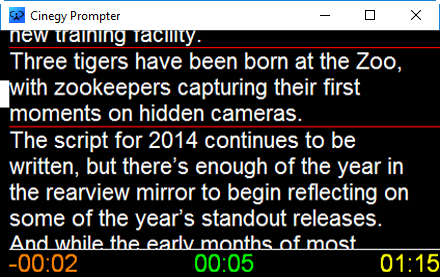 There are timers at the bottom of the Cinegy Prompter window. Each timer has its own color and corresponds to a separate time value. You can change the default colors in Cinegy Prompter Configurator.