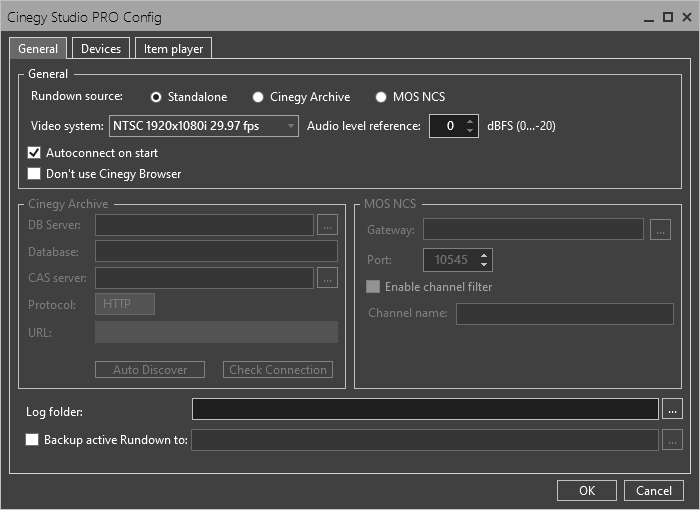 The general settings for all modes are to be specified in the corresponding settings sections of the "General" tab.