The import / ingest job drop folders realize automated import of various files and documents to the Cinegy Desktop workflow. This is done via Cinegy Watch Folder Service (Legacy) – a standalone utility that watches the pre-configured file folders for the appearance of new files in specified formats. For each item a separate import job is created and processed by Cinegy Convert Server (Legacy). Cinegy Watch Folder Service (Legacy) works automatically, releasing you from the routine work and saving you precious time.

As an example, the general concept of the file ingest / document import workflow is represented on the following diagram: 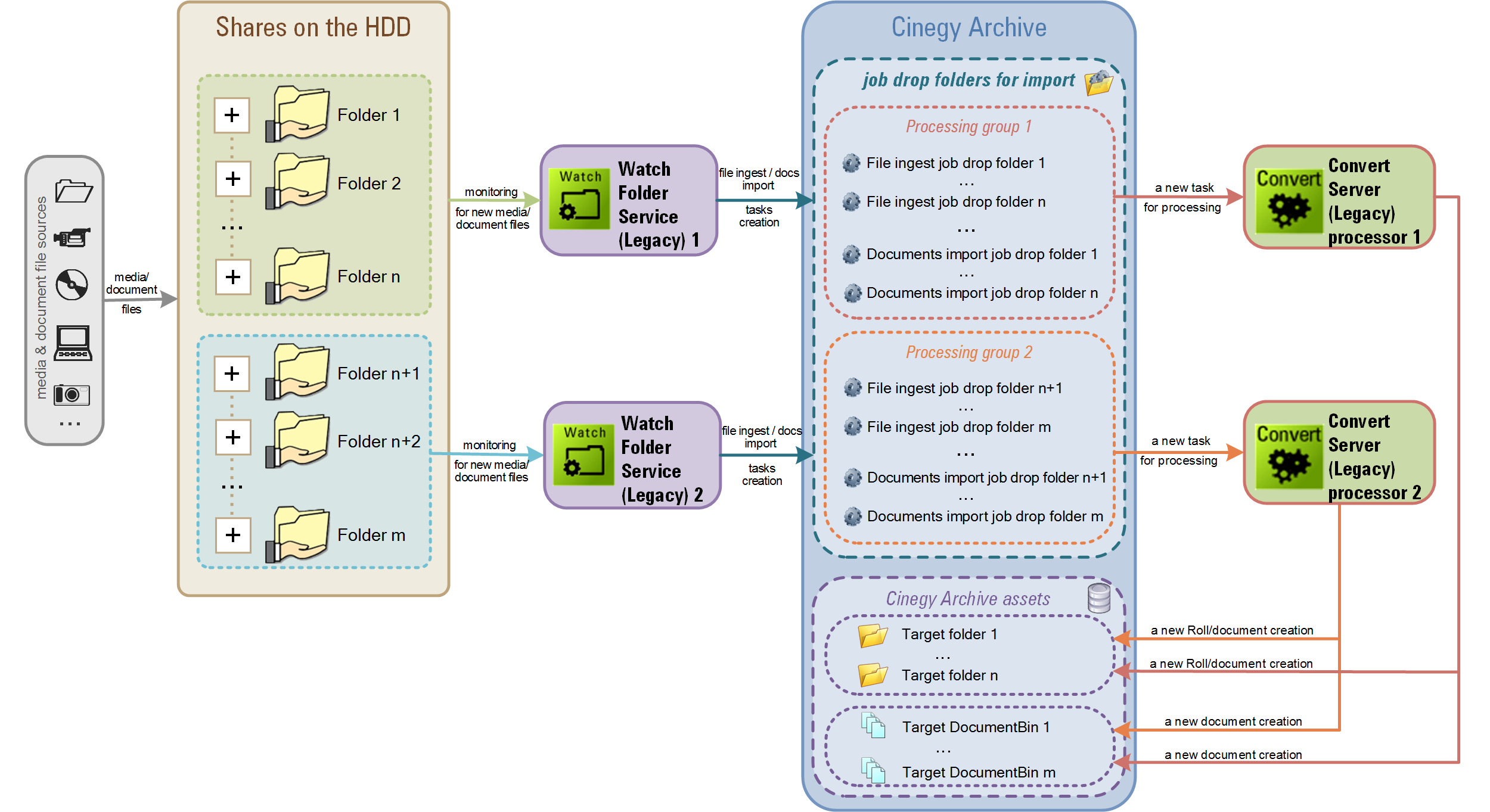 Two Watch Folder Services (Legacy) displayed on the diagram above watch all the pre-configured file folders on the shared disks and create the "ingest / import tasks" in the corresponding processing groups of the job drop folder queue as soon as the new media / document files are detected. The optional FIDEF files may be specified to pre-populate media with metadata during the ingest / import process.The ingest / import tasks from the corresponding processing groups are processed automatically by two Cinegy Convert Servers (Legacy) in parallel with other tasks being processed (such as export tasks or quality building). In practice, unlimited instances of Cinegy Convert Servers (Legacy), Watch Folder Services (Legacy) and processing groups can be used.

The MXF import is performed by analogy with the file ingest / document import workflow.

The general configuration of the full work and data flow of the automatic ingest / import process is shown in the example below: 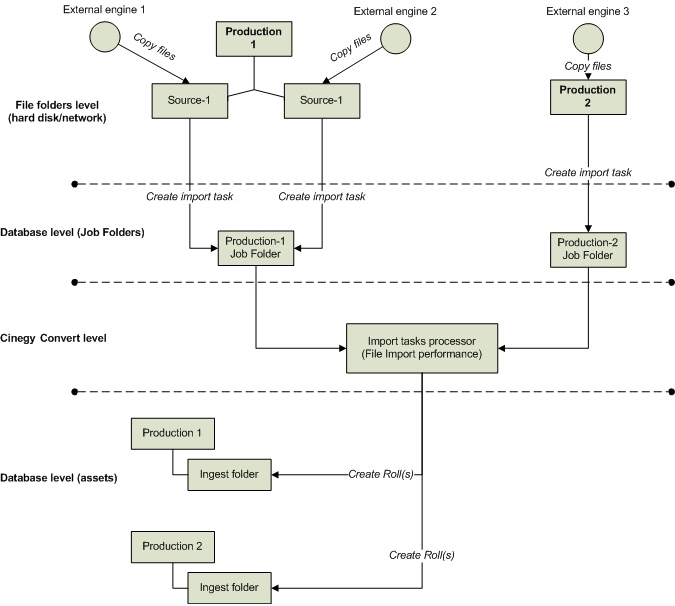