The illustration below represents the visual hierarchy of the elements in Cinegy Desktop.

There are several levels of objects, which are shown in the explorer window; these are different folders and Sequences.

To give more details, a Cinegy Desktop client opens the item in a dedicated editor window. For example, the bins and Rolls will be shown in the bin window, and the Sequences on Timeline.

Even more details can be shown with additional interface elements. For example, to explore a clip in a ClipBin, Clip Viewer is launched. 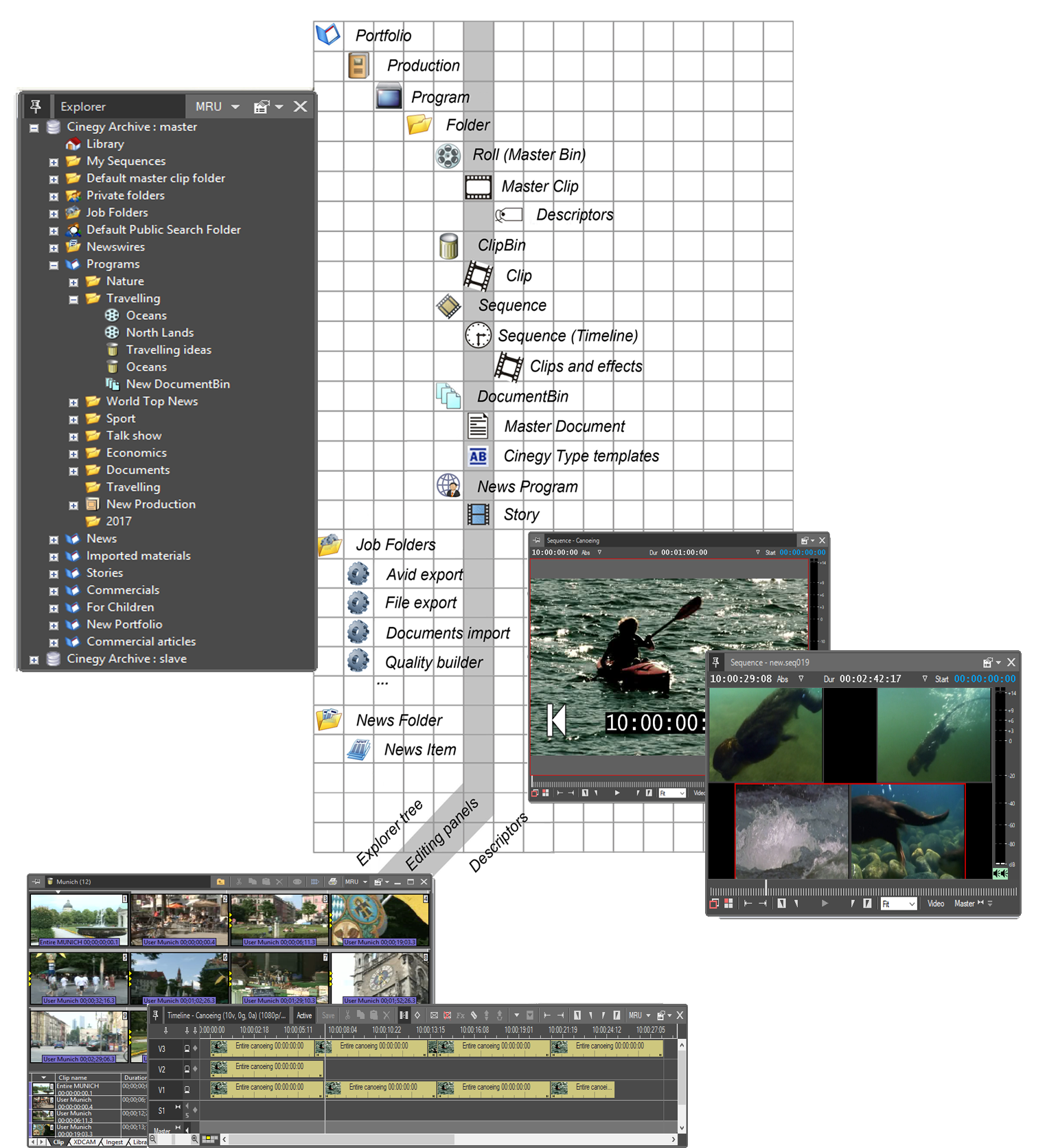 The entire content of Cinegy Archive is represented for the user as a tree of different folders, containing various terminal objects: 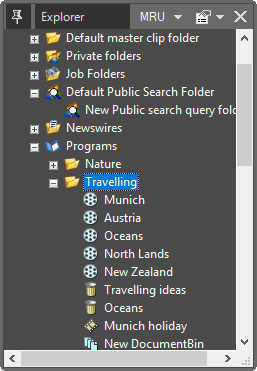 The entire database structure is stored on the Cinegy Archive server.

The folders in Cinegy Archive are the containers for different terminal objects and other folders, rather similar to a typical directory structure in Windows.

Your system can be customized by your system administrator to hold additional types of folders, to suit the needs of your production house. The most typical example would be "Production" or "Program" or "Trailer". Typically, the hierarchy in Cinegy Archive starts with Production folders.

The standard Cinegy Archive comes pre-configured with the following folders:

The business rules defining which types of folders can reside inside any given folder type are also set up by your administrator. When creating a new folder, Cinegy Desktop always shows you only the permitted set of folder types in the menu.

These are the objects in the tree which cannot contain further items. When activated, they are opened in a dedicated editor window in Cinegy Desktop. For example, opening a bin object launches the bin window, and opening a Sequence object launches Timeline.