Only one instance of Cinegy Live can be started on one machine. On an attempt to launch another application instance on the same machine the following error message appears: 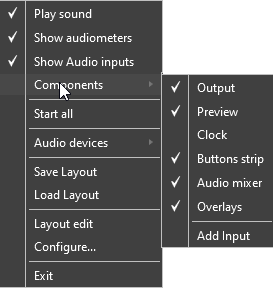 The preview screen displays the content of the input channel that is prepared to be sent to air. The screen is displayed in a green box: 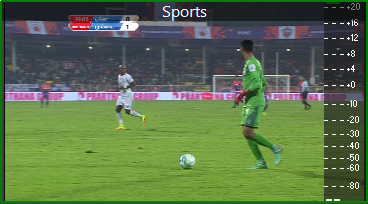 The channel display name is imprinted on top of the screen and an audio level indicator is displayed on the right side.

The output channel screen displays the content of the input channel that is currently played on-air. The screen is displayed in a red box: 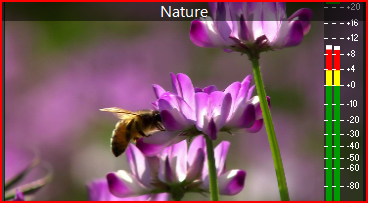 The channel display name is imprinted on top of the screen and an audio level indicator is displayed on the right side.

Right-click the output channel screen and select the "Output settings…​" command to change the output configuration:

The buttons strip contains buttons performing the most used commands.

To meet the requirements of any specific workflow, the buttons strip is fully customizable. It is possible to add, remove buttons as well as change their appearance and functions.

To be able to manage the buttons properties, right-click anywhere within the buttons strip and select "Customize" from the context menu that appears:

This command launches the "Button properties" dialog, which displays a "No button selected" message. To change the properties of an existing button or remove it, select it on the buttons strip.

In the "Button properties" dialog the button’s appearance and performance can be customized according to your needs:

All the changes are applied in Cinegy Live on-the-fly. There is also a preview of the button in the "Button properties" dialog, which makes it more convenient to adjust its view:

Use the "Category" drop-down list to choose the category of the selected button’s action among System,Input, Overlay or None:

Further button settings depend on the selected category.

The list of commands available for the "System" category is given in the following table:

Use the "Target" drop-down list to select the target channel to which the button action (defined in the "Command" list) will be applied.

The list of commands available for the "Input" category is given in the following table:

Use the "Target" drop-down list to select the target overlay to which the button action (defined in the "Command" list) will be applied.

The following table gives the list of commands available for the "Overlay" category:

The color frames of each input screen indicate the way they are currently being used: 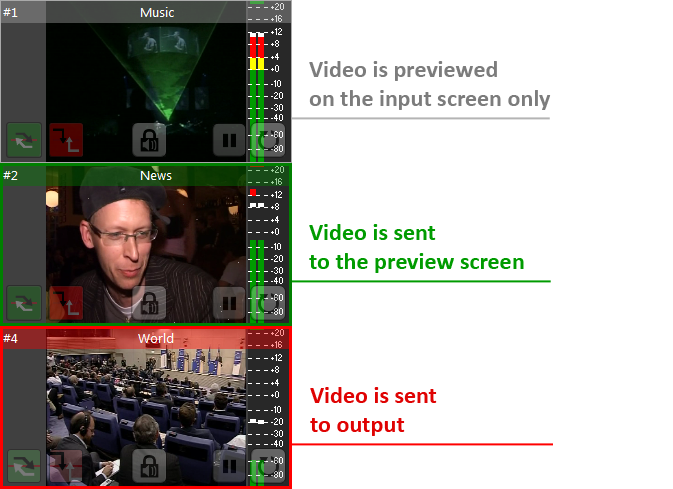 The channel number and title are imprinted on top of the screen: 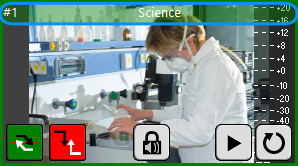 Each screen contains the following set of controls:

The buttons of a separate input screen are semi-transparent. They become completely visible when the mouse pointer is hovered over it.

An audio level indicator that shows the audio volume level of the video is located on the right of the channel preview.

To add an input channel, select "Add Input" from the "Components" context submenu:

A new input channel screen will be added to the Cinegy Live interface.

The layout should have enough blank area to locate the newly created input channel. Otherwise, the operation is not performed and a warning message appears:

To change the input settings of a certain channel individually, right-click the channel preview screen and choose the "Setup" context menu command: 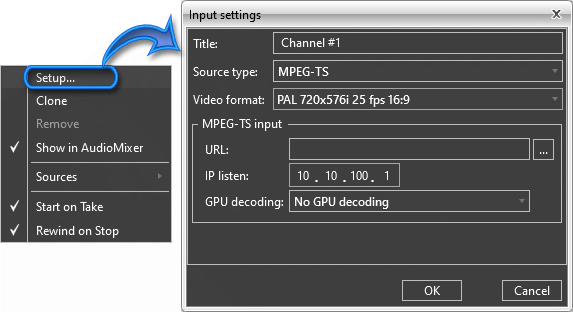 It is possible to duplicate an input player. Right-click the input channel screen and choose the corresponding context menu command:

To delete the selected input player from the layout, select the "Remove" command from its context menu:

By default, the audio levels of all configured input channels are displayed in the inputs audio mixer. To disable the specific input audio levels display, remove the selection of the "Show in AudioMixer" option in its context menu:

The audio mixer provides you with the means to control the audio level of each audio channel used.

By default, the audio mixer is represented by an input and output audio track strips. Use the "Show Audio inputs" context menu option to display the audio inputs for each channel individually: 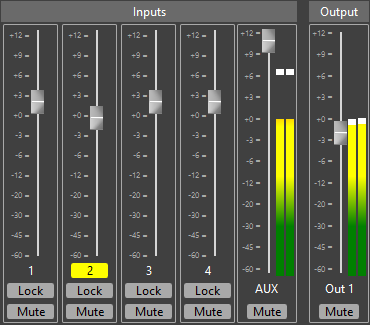 The overlays panel contains 6 objects by default. It is possible to add and configure new overlays as well as remove the existing ones.

The clock object is disabled on the layout by default. To add the clock display, use the "Clock" submenu from the "Components" context menu: 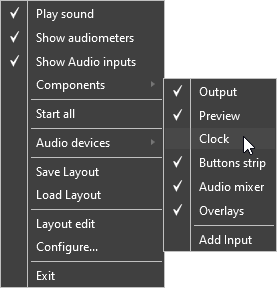 When added for the first time, the clock object is located in the top left corner of the back layout layer. However, once it has been moved in layout editing mode, the system retains its last position. The object is represented by a digital clock with white figures: