When the current layout is adjusted, all the layout changes are automatically saved in the system. When Cinegy Live is launched after a session has been completed, the layout preserves all the previously performed changes.

However, it is possible to save a layout for its further use in other sessions. To do this, select the "Save Layout" context menu command: 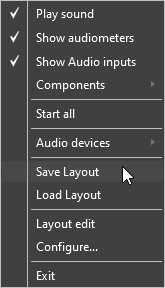 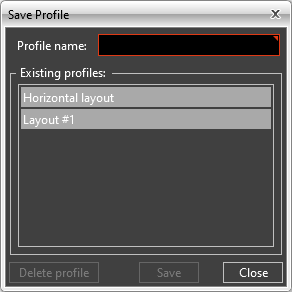 Enter the name of the layout in the "Profile name" field.

The "Existing profiles" section below contains the list of previously saved layouts. If the name of the new profile is already used, the following message appears: 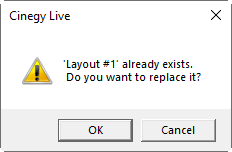 Press "OK" to replace the existing profile or "Cancel" to go back and enter a different name.

To load a previously saved layout, use the “Load Layout” context menu command: 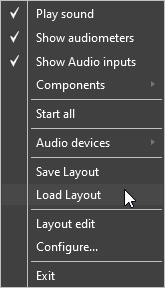 The following dialog appears with all the available layouts listed: 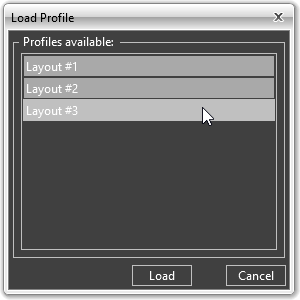