The following effects are available for graphic objects:

This effect can be applied to a plate or text object contained in a group to allow partial or total occlusion of other objects in this group. Objects can be occluded within the body of the scene by a mask – allowing items to appear on screen from any position, or to remove sections from an object.

The mask effect has the following parameter:

Select the "Invert" option to use the reversed mask.

For example, a group contains an image and a white color plate object with 80% opacity. 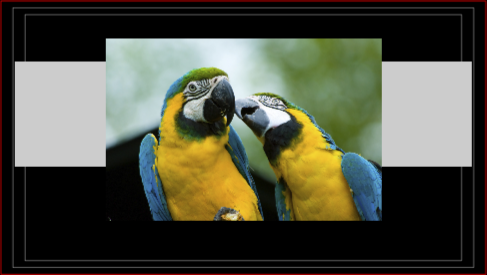 The folloving picture illustrates both variants of applying the mask effect:

All the objects outside the group remain visible regardless of whether they are in the background or foreground respectively to the group.

This effect adds a gradient to plate objects. The gradient can be applied for color and/or opacity of the object. 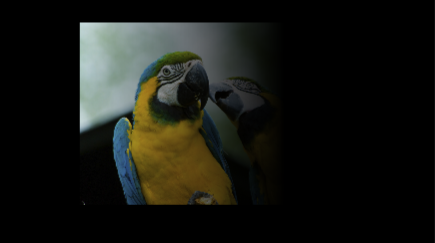 The gradient effect has the following parameter: 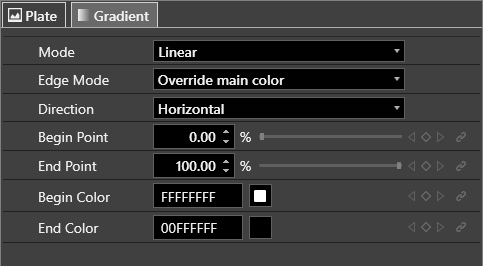