As shown on the diagram above, the main part of the audio processing component is the eight-to-four channel audio mixer, which can process up to 8 input stereo audio channels (4 for the primary source, 4 for the secondary one).

To see the properties of the processing node, double-click it or use the "Properties" command from the context menu. The following window will appear: 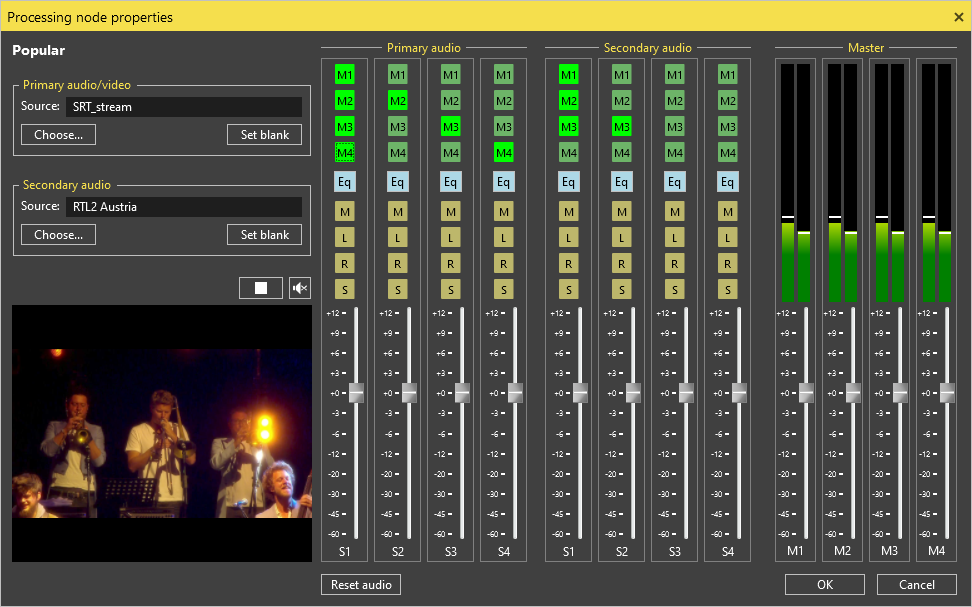 In the "Properties" window, the preview of the resulting signal for the current processing node is shown.

Select the physical source for the current processing node in the same way as for virtual destination.

The audio mixer consists of 8 incoming processing groups – 4 for the primary channel and 4 for the secondary one – which build up the audio pipe-line. Each incoming primary and secondary audio channel can be processed individually according to the pre-configured settings. The processed (mixed) signal can further be sent to any of the four master output channels.

The M-L-R-S buttons make up the so-called "legs control" that allows you to select which leg to process and in which way. It offers the following options:

Having set all the parameters for the current processing node, press the "OK" button to return to the Cinegy Route Control main window.

On the basis of the processing groups and nodes, both the Cinegy Route Manager and Cinegy Route Control applications support extended routing.

All processing parameters are configured via the Cinegy Route Control application. 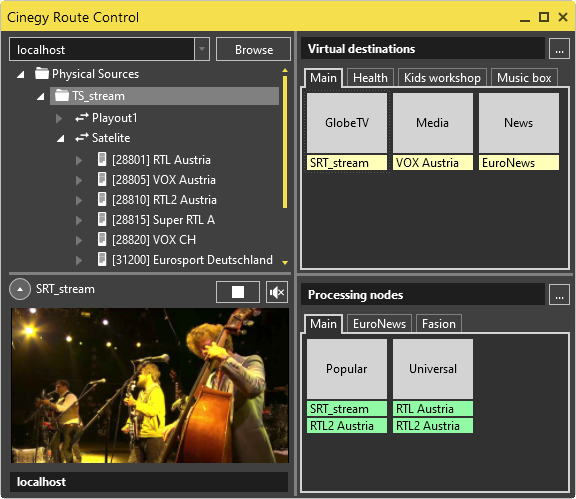 As soon as the processing node is configured and the source streams are assigned, this node may be selected as the source and used in the usual way in any Cinegy application.

In the same way the assignment of the processing node to the virtual destination is supported: