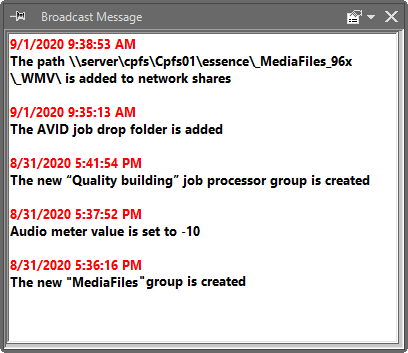 This window will also display all previously sent broadcast messages for the defined period of days.

The same window will be shown for all the Cinegy Desktop users on the application startup with the list of recently broadcasted messages.

The messages in the "Broadcast message" window are ordered chronologically with the most recently received message at the top of the list. The sending date and time are shown for each message. 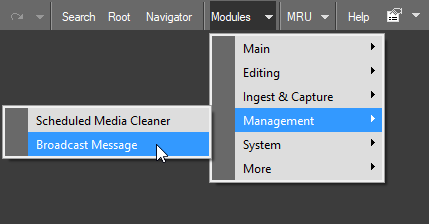