Proceed with the setup and define the main parameters of your capture session. Pressing the "Common settings" button opens the following dialog: 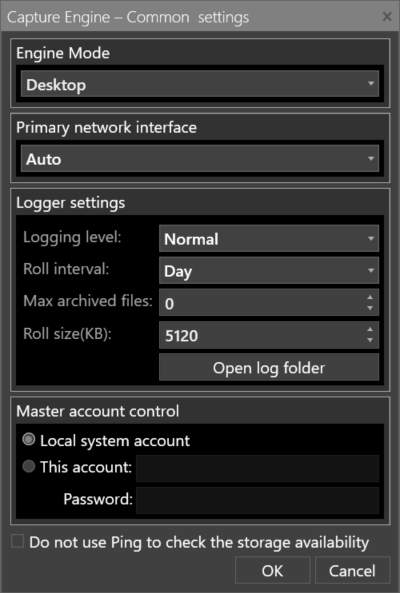 The Cinegy Capture Engine mode is set to Capture Desktop Edition by default.

Press the "Add" button to add a new Capture Service. It will appear in the "Engine Service" panel informing you of not being installed yet. To install the Service, press the "Install" button.

Press the "Configure" button and define the settings for your Engine Service including common settings, audio and preview settings as well as metadata and timecode settings.

On this step it is also required to specify the video stream capturing source type.

Having performed the necessary Service configurations, select the "Capture Control" option from the drop-down list in the "Ingest & Capture" category in Cinegy Desktop:

Cinegy Capture Control panel will be launched, allowing you to configure the Engine templates for your capture session.

Before you start your capture session, you have to set up the Engine templates to be used for recording. Start with specifying the General settings and define the Roll name and Media group, which are mandatory parameters. Depending on your database settings, define the values for the available metadata parameters: 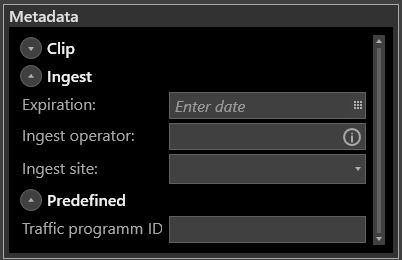 Once the capture session has started, the resultant growing Roll in Cinegy Desktop, can be viewed, sub-clipped, added to a Sequence and controlled using a common set of keyboard shortcuts. During viewing, IN and OUT points of the Clip/Roll can also be adjusted whilst still recording, if required.